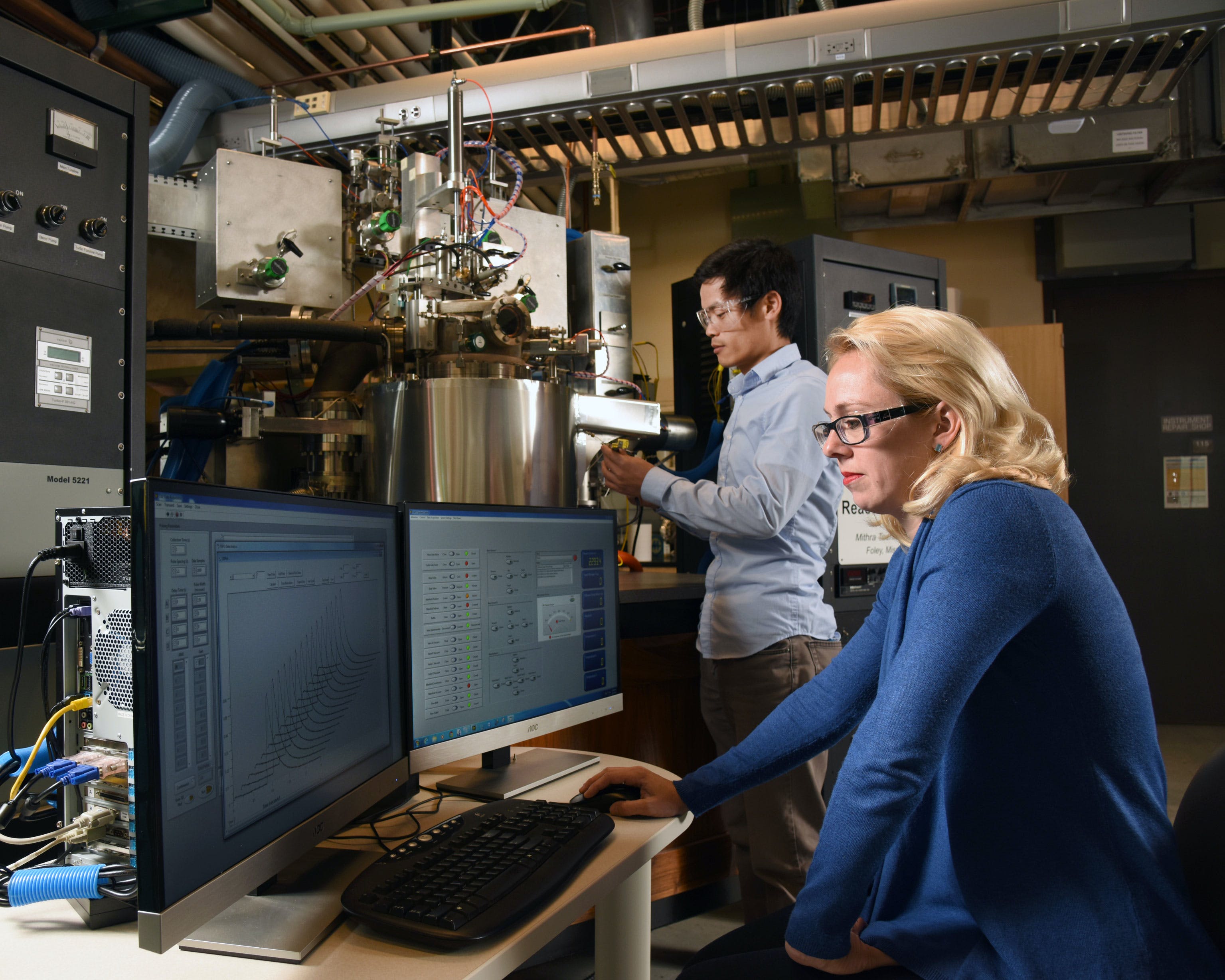 Dr. Mark Johnson, director of the U.S. Department of Energy’s Office of Energy Efficiency and Renewable Energy, is scheduled to come to the Center for Advanced Energy Studies March 8 for a kickoff meeting surrounding the new project, “A Transient Kinetic Approach to Catalytic Materials for Energy-Efficient Routes to Ammonia, Ethylene and Related Chemicals.”

Concurrent with the installation of a second Temporal Analysis of Products (TAP) reactor system at CAES in September 2016, INL received significant funding in 2016 and 2017 for broad catalysis research. Research partners include the California Institute of Technology, University of Virginia, and Argonne National Laboratory. Under the guidance of Dr. Rebecca Fushimi, researchers will be studying ammonia synthesis and methane utilization reactions.

The other focus of the project involves shale gas, converting methane into ethylene, the building block chemical used in virtually every aspect of manufacturing. Plastics are typically built from “light alkanes” such as ethylene and propylene.

Traditionally, these building blocks have been whittled down from heavy petrochemicals in a process that consumes vast amounts of energy and valuable resources. With the shale gas boom in North America, however, the United States has an opportunity to improve chemical production and capitalize on abundant domestic resources. If plastics and chemicals can be made from the by-products of domestic shale gas, which is more abundant than petroleum, it will lead to less expensive materials made with less waste.

Fushimi said she is optimistic that the research will broaden in scope and attract more collaborators, from industry as well as academia. Adding to her four-person staff, she is advertising for another postdoctoral researcher and a strategic hire specializing in operando kinetics (characterizing materials under working conditions). She is hopeful about acquiring a state-of-the-art infra-red system for catalyst studies to complement the TAP characterization.